The Tiger Who Wore White Gloves and Other Thoughts 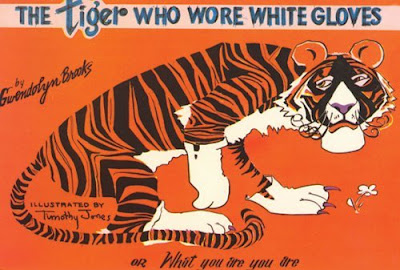 My father who collects poetry books and records poetry readings throughout Chicago recently gave me some children's poetry books. One of them was Gwendolyn Brooks' The Tiger Who Wore White Gloves or What You Are You Are (Chicago: Third World Press, 1974). It's a first edition, third printing. The collector in me was thrilled. I sat down to read the book and fell in love with both the illustrations and the poem. It's a wonderful poem to read aloud. I found a page where you can listen to Ms. Brooks reading it aloud. You need to scroll down to the bottom of the page, which gives the text of the poem and click on the audio to hear her read the poem. Incidentally the page promotes the wonderful book by Elise Paschen, Poetry Speaks to Children (SourceBooks, 2005). It's available from the publisher here and has a CD with 73 poets reading their own poetry.

Now, I've been reading books about the history of African-American children's literature and have others on my enormous to-be-read pile, but had not heard of this book. The books which I've been reading and thoroughly recommend are: Michelle H. Martin's Brown Gold: Milestones of African American Children's Picture Books 1845-2002 (New York: Routledge, 2002; and Rudine Sims Bishop's Free Within Ourselves: The Development of African-American Children's Literature (Westport, CT: Greenwood Press, 2007). 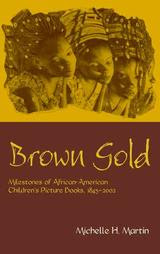 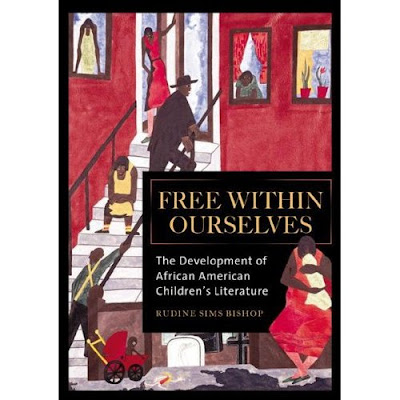 They are both highly readable and available for purchase or for recommendation to your local library for purchase here and here. The Bishop book is also available in hardback from Greenwood.

Both books only mention Gwendolyn Brooks' first book for children, Bronzeville Boys and Girls (New York: Harper and Brothers, 1956). It is a collection of poetry about children living in Bronzeville, which is a historic black neighborhood in Chicago that is currently being revitalized. It was a very early children's book by a African-American author for a major publisher. However, the publisher chose the illustrator Ronni Solbert who illustrated it with pictures of white children. Her papers are at the Kerlan Collection at the University of Minnesota and it might be interesting to look at the original art someday. Here is the cover for the 1956 book. No African-American children. It may be one of the reasons why Brooks later chose to publish only with independent African-American and multicultural publishing houses. 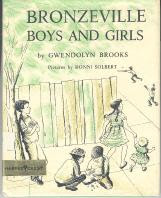 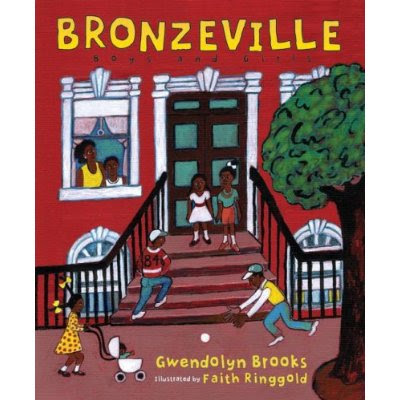 Next to it is the cover for the new edition of Bronzeville Boys and Girls (New York: HarperCollins, 2006). This time it is illustrated with images of African-American children by the well-known African-American illustrator and author Faith Ringgold. It's buried somewhere in my to-be-read pile or I'd say more about the book. What interests me is that while both Martin and Bishop point to this book as significant in the history of African-American children's literature, they do not mention the other two children's books Brooks wrote. I rather suspect it is because they were published with independent publishers and scarce in the libraries where they did their research. The second children's book Brooks wrote was Aloneness (Detroit: Broadside Press, 1971). It is still available from the press here. 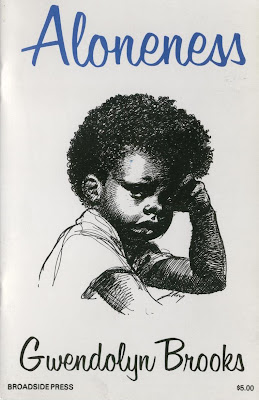 I couldn't track down very much information about this book but may order it from the press since my curiosity has been sparked. Digging about for information on The Tiger Wore White Gloves, I found a discussion of it in D.H. Melhem's Gwendolyn Brooks: Poetry & The Heroic Voice on GoogleBooks in a partial view. It stated that the book was dedicated to Brooks' children Henry and Nora Blakely. This led me to check the Chicago Tribune's historical archives through my free university access. They can also be searched at the newspaper's website and articles downloaded for a small fee. I found an article by Robert Wolf, "A poet and her daughter keep an eye on 'The Tiger'" (July 18, 1986), p. N_A4. Nora Blakely founded a children's theater company, Chocolate Chips Theatre Company, and wrote a play based on her mother's poem. That company still exists and was performing that play during its 25th season (2007-2008). I wish I could see the play someday.

In the article Blakely explained the genesis of the poem: "The poem was originally written about me. When I was a kid I went out in a Halloween costume one year dressed as a tiger, and I came back in and put on white gloves, 'cause I didn't think that the costume was enough, and I wanted to do something else with it. And after my mother got up off the floor from laughing, she wrote a poem about it. And several years later I wrote a musical based around the poem."

The book is about how a tiger wanted to be different and bought white gloves to wear, but the ridicule of the other jungle animals persuaded him to reluctantly discard them. One can either view it as a sad submission to group conformity or as a protest against African-Americans putting on symbols of whiteness. I wonder if the complexity of possible interpretations may be why scholars have not discussed this book. Are they uncomfortable with it? Brooks apparently felt the book was about improving children's self-esteem, telling them it was okay to be who they were and Blakely's play is also about how the tiger improves his self-esteem.

It's a beautiful and fun book and it is still available from the publisher here. I urge anyone who reads this blog post to go find a copy and discover this unknown treasure of African-American children's literature.

For more information on Gwendolyn Brooks see the Poetry Foundation's entry on her. Her papers are not in Chicago but rather at the University of California Berkeley. This article has a wonderful photograph of a very young Brooks. There's also a very detailed finding aid for the papers.
Posted by Jenny Schwartzberg at 7:51 PM 2 comments: