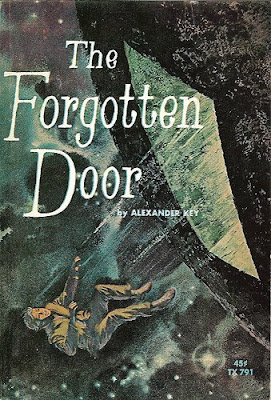 Among the many books from my childhood that I have kept and treasured all these years are books by Alexander Key, such as The Forgotten Door, Escape to Witch Mountain, Return From Witch Mountain and The Sword of Aradel. I also have fond memories of the Witch Mountain movies. While Key often shows children fleeing villains and in danger, there is always a happy ending with children returning home and winning out over their enemies. He also portrayed children with ESP and from other worlds. The underlying message of these books I think was that the future belonged to the children and that if adults listened to children, the world would be a better place. Any child would like the idea they could make a difference (smile).

Recently, I rather promised Jen Robinson that I would do a post on Alexander Key, after finding we both fondly remembered his book, The Forgotten Door. I started digging for information on him in order to shape my post. To my surprise, no one seems to have written any scholarly articles or dissertations about Key and his work. He has a biographical entry in Twentieth-Century Science-Fiction Writers, 3rd edition (1991) and Contemporary Authors Online (2008).

His papers are at the fabulous de Grummond Children's Literature Collection at the University of Southern Mississippi. Because he lived in North Carolina for years and set a number of his books there, the University of North Carolina collected information about some of his books in their literary scrapbook collection. One of my favorite library school professors, Kate McDowell wrote an appreciation of him for the Bulletin of the Center for Children's Books.

The fan website Thru the Forgotten Door gives a pretty fair biography of Key. Warning, a lot of the links at that website do not work but it does have some interesting information. As a native Chicagoan, I was astounded to find that Key lived in Chicago. He attended the Art Institute of Chicago and later taught at the Studio School of Art, also in Chicago. He started out as an illustrator and I decided to put together as full a bibliography as possible since neither the fan website nor the official biographies list all of Key's own books or those he illustrated. I used the public version of WorldCat and ViaLibri to locate books and images of book covers. My question was how he managed to support himself with the relatively few books he was credited with having written. Now that I've put together this detailed bibliography (see below) and learned that he also wrote and illustrated for various magazines, I suspect he kept extremely busy and that there are other books he illustrated that have not yet been identified.

He wrote and illustrated books set in Florida, where he grew up and returned to live for many years, and in North Carolina, where he later moved, and in Alabama, where he also lived at one time. He had a strong sense of region and nature, as shown by the illustrations and covers I have found. One of the biographies mentions that he also painted professionally and that his work was in private collections. I have been unable to find visual images of his paintings (wistful sigh). I really love his illustrations and may track down copies of these books for my collection. I wonder why, post 1967, he did not illustrate any more books that I have discovered? I would have liked to see his illustrations for the Witch Mountain books, for example.

Exploring the Internet has shown me that many people share my love for Alexander Key's books and enjoyed the movies based on his books. There were even translations to other languages of some of his books and many went into multiple editions. Another Witch Mountain movie, Race to Witch Mountain is scheduled to be released March of 2009. I hope it will provoke a revival of interest in Alexander Key.

For that matter, why doesn't some academic scholar do a paper or book on Key? The materials are out there as I have tried to indicate, and he had a very interesting career as an illustrator and author. The de Grummond Collection just posted announcements of fellowships available for research in their collections, which include Key's papers.

The bibliography is organized, first by books he illustrated, and then by books he wrote, all listed under year of publication so you can get a sense of how his career developed. Having lived in Chicago for some years, it is understandable that his earliest publishers were Chicago publishers and he seems to have maintained ties to the Chicago publishing community.

Books illustrated by him:

Baker, Rannie Belle. In the light of myth; selections from the world’s myths, compiled and interpreted by Rannie B. Baker...Art selection by Ruth C. Stebbins. Illustrations by Alexander Key. Chicago & New York: Row, Peterson & Company, 1925. Reportedly the first book he ever illustrated, at the age of 19, although since he was born in 1904, perhaps the book's publication was delayed? Supposedly he was paid $900 for the illustrations. 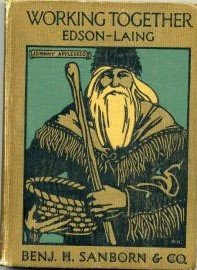 Edson, Andrew Wheatley. Working Together. By Andrew W. Edson and Mary E. Laing. Chicago, etc.: Benj. H. Sanborn, 1925. The front cover and frontispiece are by Alexander Key. This children's reader was reprinted in 1927 and 1931 and maybe later. 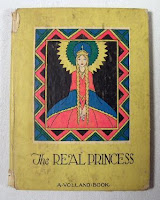 Andersen, Hans Christian. The real princess. Illustrated by Alexander Key. Joliet, Ill.: P.F. Volland, 1928. Retells the stories of the Princess and the pea and the Steadfast tin soldier. 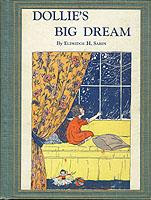 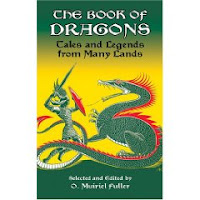 The book of dragons. Selected and edited by O. Muiriel Fuller. Illustrated by Alexander Key. New York: R.M. McBride, 1931. Reprinted by Dover in 2001 (that cover is shown here).

Manning, Clarence Augustus. Marko, the king’s son, hero of the Serbs. Illustrated by Alexander Key. New York: R.M. McBride, 1932. A scanned version is available online. To my surprise, I have a copy of this book that I picked up years ago without realizing that the illustrator was Alexander Key! 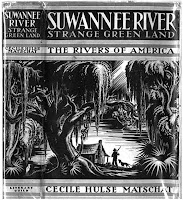 
Matschat, Cecile Hulse. Ladd of the big swamp: a story of the Okefenokee settlement. Illustrated by Alexander Key. Philadelphia: Winston, 1954.

Helm, Thomas. Monsters of the deep. Illustrated with photos., and with drawings, by Alexander Key. New York: Dodd, Mead, 1962.

Parents’ Institute (New York, N.Y.). Best stories for boys and girls: pages of stories selected by the editors of “The Parents’ Magazine.” New York: Parents’ Institute, 1938. Includes the story: “Caroliny trail, by Alexander Key” from the magazine, Story Parade, which had been recently published.

Argosy, v. 295, no. 2. New York: Frank A. Munsey, December 2, 1939. Contains a story by Alexander Key: “Black Bayou--short novelet”, Stranger, don’t fear the whisper of the ’Glades tonight. Morning will bring the sun, and a girl’s song, and the promise of a safe Destiny, p. 72. Apparently some other issues of Argosy during the 1930s contained other stories by him.

Key, Alexander. The wrath and the wind, a novel. Indianapolis: Bobbs-Merrill, 1949. An adult novel. Translated into Spanish in 1950 as La ira y el viento. I posted here the Popular Library paperback cover because it's such a cheesy one!

Key, Alexander. Island of escape. Toronto, Ontario: Harlequin Books, 1952. Harlequin book 237. Not clear if this is a romance or adult novel. In the early years Harlequin published non-romances as well.

Key, Alexander. The forgotten door. Philadelphia: Westminster Press, 1965. Published by Scholastic in paperback in the same year and still in print. Translated into Chinese in 1973 as Qi yi de men and into German in 1975 as Die Tür zu einer anderen Welt. It was made into a 1966 tv series with 7 episodes.

Key, Alexander. Escape to Witch Mountain. Illustrated by Leon B. Wisdom, Jr. Philadelphia: Westminster Press, 1968. Translated into German in 1977 as Die Kinder vom anderen Stern. It was adapted as a Walt Disney Productions film in 1975. 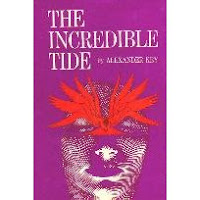 Key, Alexander. Return from Witch Mountain, by Alexander Key based upon Walt Disney Productions’ motion picture. Screenplay written by Malcolm Marmorstein, based upon characters created by Alexander Key. Philadelphia: Westminster Press, 1978. The 1979 London edition claims this was actually written by Martin Mellet. The book was written as a companion to the Walt Disney Productions film which was released in 1978. See the entry on Wikipedia.

Key, Alexander. The case of the vanishing boy. New York: Pocket Books, 1979. This appears to only have been printed in a paperback edition.

Falls, Gregory A. The forgotten door, adapted for stage by Gregory A. Falls from the book by Alexander Key. New Orleans, La.: Anchorage Press, 1982.


Welcome to the September 21, 2008 edition of the Carnival of Children's Literature.

Ta da! Welcome one and all to my blog and to this month's roundup of wonderful blog posts!

I'm delighted to find reviews of two of my favorite childhood books. How wonderful to find others love these books too!


The following books sound like fun! Does anyone else remember them?

Becky Laney shares two classic books that are still in print at Becky's Book Reviews of Beezus and Ramona and Young Readers: A Beatrix Potter Treasury.


Nancy Arruda presents a treasure trove of Recycled Books posted at Bees Knees Reads that she found at book sales. I'm wistfully envious. I'd love to have copies of those books in my own collection.

Here's a review of the first Madeline book in 50 years!

Megan Germano presents Madeline and the Cats of Rome by John Bemelmans Marciano posted at Read, Read, Read. I have a copy of Marciano's biography of his grandfather, Ludwig Bemelmans sitting on my to-be-read pile, Bemelmans: The Life and Art of Madeline's Creator (1999). At some point I may post about it and other books I'm reading...

A delightful musical piece is shared with us by:

I recently had this next book in my hands because the author gave the book to my library which has a great geography collection. I enjoyed it and recommend it too!

Peter Jones presents Children Read and Learn: New Book Does Both posted at Great New Books that Are a Must Read.

It's Hispanic Heritage Month and several blogs join the celebration:

Here's a review of a book set in Thailand:

Janet Brown presents The Tiger’s Choice: Talking About The Happiness of Kati posted at PaperTigers Blog.


Jennifer Bogart presents Book Review: The Rabbit and the Snowman by Sally O. Lee posted at Quiverfull Family, saying, "This is a review of a self-published, children's picture book."


Sarah presents Picture Books for Fall posted at In Need Of Chocolate.


Crissa-Jean Chappell presents total constant order - I'm in the Miami Herald! posted at Crissa, saying, "Check out this Miami Herald interview and mini documentary video on my blog...in which I talk about turning the nervous energy from OCD into writing and positive energy...and a behind the scenes glimpse into my young adult novel, Total Constant Order."


Here's a great roundup of reading nooks in schoolrooms around the country. I have fond memories of some favorite book nooks and chairs but none were this colorful!
Franki presents TRADING (our favorite) SPACES Round-Up posted at A Year of Reading.


Sometimes we forget children's book writers can be political animals too! Check this out:
Jonathan Calder presents Children's writers and their politics posted at Liberal England, and he says, "Hello from England".

That concludes this edition. Submit your blog article to the next edition of
Carnival of Children's Literature which will be held October 26, 2008 at The Well-Read Child using our
carnival submission form.
Past posts and future hosts can be found on our
blog carnival index page.