Whenever I go to New York City, I try to fit in quick trips to two of the world's greatest bookstores, Books of Wonder and Librairie de France. I was in NYC early in January, and since I was going to the New York Public Library at Fifth Avenue and 42nd Street for their Children's Literary Cafe, I stopped by Librairie de France in Rockefeller Center. To my shock they had signs up announcing sales because they are due to close for good in September 2009. Their long-term lease is up and the rent is to go so high that they've decided to close. Librairie de France is Rockefeller Center's last remaining original tenant. It has been there since 1935! According to one of the articles I located, this bookstore, originally founded in 1928, was a home for French expatriates and French publishing during World War II when France was occupied by the Nazis. It was among the very first bookstores to sell the first edition of Antoine de Saint-Exupéry's Le Petit Prince (The Little Prince). Yes, that children's classic was first published in New York, not in Paris, in 1943, in both English and French. Saint-Exupéry was living here in exile when he wrote it. Hmm, is that why the Little Prince is so melancholy?

It's always had a nice selection of French and Spanish children's books, along with mystery, science-fiction, and romance novels in both languages, that I would pick up in order to practice my reading skills. There was always a huge selection in the basement of scholarly books that I never really looked it. Now, all of these older books are on sale. Many of them were published by the store's imprint, "Éditions de la Maison Française". As a rare book librarian, I can state that the prices are well below what they are worth. The new books are not on sale, understandably so, since the costs of shipping books from France to the US are ridiculous.

However, I picked up three nice books: 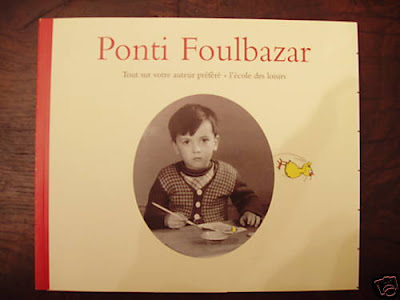 Cauwe, Lucie. Ponti Foulbazar. Paris: L'École des Loisirs, 2006. This is a children's biography of the very popular and prolific French children's book author and illustrator, Claude Ponti. I had never heard of him before but he appears to be enormously popular in France and has received a lot of awards. The above book is already out of print, and I feel lucky to have a copy.

When Jean Marie Gustave Le Clézio won the Nobel Prize for Literature in November 2008, my favorite listserv, Child_lit, was abuzz. Le Clézio has published several children's books as well as adult novels. People were asking if anyone had read the books, which do not appear to have been translated into English. Naturally Librairie de France had a number of his books in stock, and I selected two to buy: Voyage au Pays des Arbres and Pawana. 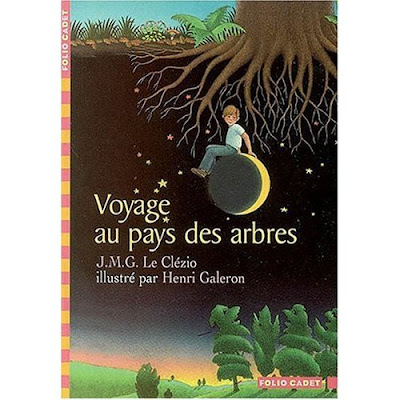 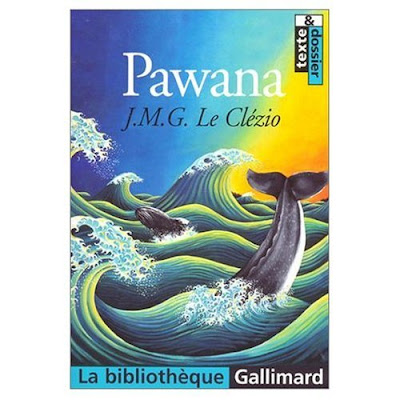 I loved Voyage au pays des arbres (Voyage to the Country of the Trees), which is a beautifully illustrated and lyrical book for perhaps middle-grade readers. I couldn't get into Pawana, which is a homage to Moby Dick. It feels more like a young adult book. I hope that if Voyage is translated into English, the lovely illustrations by Henri Galeron are republished with it. Unfortunately, illustrations are very rarely retained for foreign editions. New illustrations are instead commissioned. Don't ask me why!

The Claude Ponti biography made me wish I could see some of his books, and on February 7th, I went to the Center for Teaching through Children's Books (CTCB) at National-Louis University in Chicago for their annual ALA Booklist Editors' Book Revue. I always love hearing people talk with great enthusiasm about children's books. Afterwards, I gave a friend a walkthrough of the Center's wonderful library of multicultural and international children's books. They had on display many of the books that had received awards in 2008, along with a wonderful selection of books by the authors and illustrators that have been nominated for the 2010 Hans Christian Andersen Award. To my delight, Claude Ponti has been nominated for the illustrator award by the French section of IBBY, thus there was a display of books, including the biography I had just bought, and books such as L'Album d'Adèle and the hysterical Le Non. 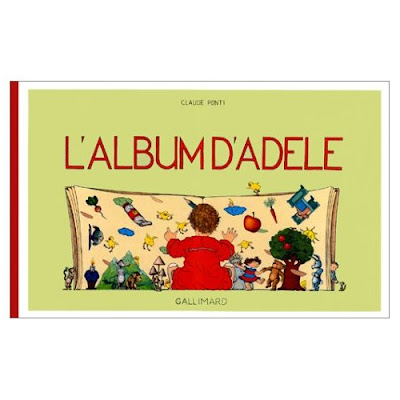 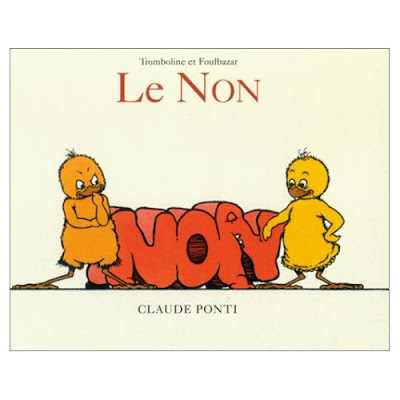 L’Album d’Adèle was Ponti's very first children's book, compiled originally for his baby daughter Adèle. It is wordless and full of images of all kinds of toys, everyday objects and fluffy ducklings, that would enchant any child. Le Non is about how two of Ponti's popular duckling characters, Tromboline and Foulbazar encounter a physical object shaped as Non (No). They kick it around, crawl through it and it just gets bigger and more impressive. A very funny way of showing how children run up against the word no all the time and go down in defeat.

Interestingly, a look at the bibliography in the back of the biography shows that only two of Ponti's books have been translated into English. Some of his books have been translated into multiple languages, but the majority have not been translated. His books are apparently all still in print and available through Amazon.fr or your local foreign language bookstore might have some of them in stock or be able to order them from France. Please go out and patronize your local foreign language bookstore. They are treasures and should not be allowed to vanish. Here in Chicago we have Europa Books, on Clark Street, just off Chicago Avenue, a block or so from the Chicago Avenue stop on the Red line. It's a subsidiary of the legendary Schoenhof's Foreign Books in Cambridge, MA. And yes, I've visited that store too. I invite my readers to share their favorite foreign language bookstores too.

The world of international children's books is a wonderful one, and exploring French, Spanish, Italian, German and other books in a foreign language bookstore, can open new worlds for both adults and children. It can be very hard to find such books in your local library unless you live in a city like Chicago, or have access to an university collection such as at the CTCB or the University of Illinois Urbana-Champaign. Librairie de France will apparently continue on the Internet, and other bookstores may also emigrate to the Internet, but there's nothing like browsing through physical books to really get a sense of them and whether they are right for you or your child.
Posted by Jenny Schwartzberg at 9:00 PM 8 comments: